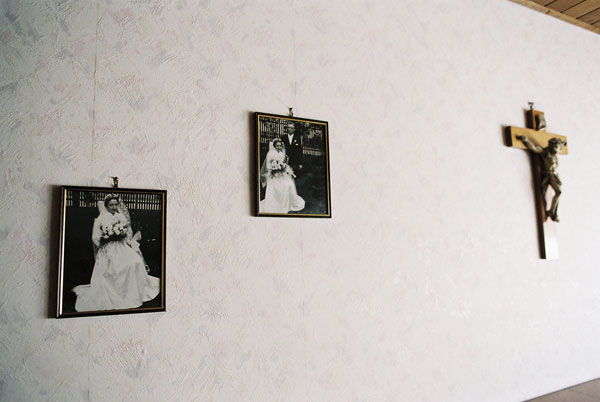 is  a  work  about my childhood and the place where I grew up. This piece is made up of twenty-five photographs and a text that deal with memories that arose while I photographed the places of my childhood.I developed the idea for this work though a seminar that I created for my students at the Bergen Art Academy. The theme of the seminar was „Heimat /Home".

The word "Heimat" is not easily translatable. Each stab that I have made at translation has not been able fully convey the the word in all of it s nuances. In German, the term "Heimat" is understandably an akward expression. History, in large part defined by National Socialism in Germany, colours this word with many connotations; „Heimat" cannot remain innocent and unsullied, cannot be used simply as a naively positive expression. While "Heimat" suggests security, attachement and joy, the word also invokes nationalism, xenophobia, and other negative attributes implicitely expressed in the German mantra "Blut und Boden" (blood and soil). Such associations form an integral part of my German consciousness and serve as the intellectual superstructure for „No Place like Home".
The piece itself is a very personal work. Because of the lack of photos from my childhood, I started to photograph the places and spots, which  where important to me in my childhood and to which I continue to connect strong feelings and memories: our house, my kindergarten, the school, the graveyard, to name a few. In making these photographs, I re-activated the past and the feelings that I had as a child and teenager. I remembered stories about my family, my sisters, the neighbours, my aunt and others in my town. The textual aspect of the work is about an ordinary girl in a small town in southern Germany. The photos, likewise, show typical images of small-town southern Germany. Within these common images and words, I explore how in such a context personality and individuality develop. From this very personal basis, I attempt to create a statement about the nation and history, bigger than just the world of the small town girl. "No Place like home" is about identity. An identity, I didn't chose myself, but that has been given to me and will forever be part of my past and history.

Extract from 'No Place Like Home' by Claudia Reinhardt

Our house. I don't know exactly when it was built. We always lived there. Initially we sold coal and heating oil, then we ran a food store, and later, when I was 13 we had a restaurant called "zur Traube", and a drinks store. There are barely any photographs from these times, just as there are very few photographs from my childhood altogether. Apart from a photo of my first day at school, one of my Communion and a couple of snapshots of me and my sisters, I don't have any photographs from my childhood. When I look at these pictures, forgotten days and events, which have been suppressed or erased from memory, are recalled. Looking at the images even give rise to new, unknown impressions and reflections. Photos which were never taken now develop in my memory and imagination. I ask myself, how it is possible to remember without photographs...

I used to go to the cemetery a lot with "Tante Evel". She was always busy there. She was a single woman (divorced, although we were never really allowed to know this because she was a devout Catholic woman). She told us that her husband was killed in the war, she said he was a handsome man, with a little moustache like Adolf Hitler. She never had children and moved in with us when my sister Annette was born. I was born three years later. She was like a grandmother to us all and indispensable to the family, even though she wasn't our real aunt, and wasn't a relative of ours. I loved her, and still think about her every day. She died when she was very old, in a psychiatric unit. She only survived there for a few months. I went to see her there twice, and it broke my heart. She was a very proud, fine woman. On Sundays, she would put the good white tablecloth with embroidered flowers on the kitchen table and take clean clothes from the wardrobe. She never wanted to be a burden to anybody and even bought her own grave whilst she was still alive.

She lived through two world wars, telephone and television were new for her. She was always a little distrustful of new technology. She never had a telephone and the television always had to be tuned to the same station, because she believed that in switching channels, it would wear the machine down. The same applied to her radio, and so, every lunchtime, we would listen to "Make a Wish" and listen to Heino, Heintje and Peter Alexander. I loved these hours before lunchtime, during which I watched her as she prepared the food. It was the harmonious world in which I got to be the loved child.

On one Corpus Christi day a little accident occurred, which I was never to forget. I had forgotten that it was strictly forbidden to eat meat on this holiday day, but that was what I did. I ate a sausage. The damage hung in the air until it reached my sister, who fell down the stairs. She was wearing her dangerously high clogs, which were much too big for her. She had ignored my mother's warnings that she could break her neck. But it was me that was responsible for this accident because I had eaten the sausage. My sister had to go to hospital, she had sprained her foot, and I was forced to call the vicar and ask for forgiveness. Heavy of heart, I phoned him. He, however, had mercy, let me pray "Our Father" a couple of times, and then I was redeemed.

The house of eight families, which is what we always called it, was a block in which Guido also lived. A strange boy, who didn't go to school, and sometimes appeared in our street causing a real stir. Everyone was scared of him, because he was unpredictable and rough. He was particularly keen on the pubescent girls, and they screamed their loudest when he chased them. Apparently the epileptic fits were simulated, at least nobody really had any sympathy for him when he had one, or pretended to have one, lying on the street foaming at the mouth. There were many such puzzling, unclear or strange, characters in our town. Eugen, a mentally handicapped man (who belonged to a family which these days would be described as socially weak) was another of the strange characters in my childhood. Eugen was ageless. He couldn't speak, always had a dirty face, rummaged around in rubbish bins for scraps of food, which he then ate, wore crumpled clothes and scared us children with his very appearance. He went all over town. Even to church. He often came in the middle of Mass and banged on the pews or shouted or laughed. He was a peaceable human being, who nobody took care of, and who just moved around until one day he was taken away. Nobody knows what happened to him.

A woman, called "Waldhex" lived next door to a couple of alcoholics. People used to say that she was a prostitute. She was very ugly and old, she was poor and she drank. She also disappeared one day.

Mr Engel, was also an alcoholic who lived in the house with his wife. One day he went completely mad. He literally saw white mice, and someone called the ambulance. It happened on our balcony, when we were still in our pyjamas. We suddenly heard the distorted Mr Engel as he spouted fearful, excited drivel about white mice.

Mrs Wohl, who had a "good" husband, and lived in a good middle-class flat, shared a similar fate. One day, she was standing in our restaurant kitchen, talking to the oven. She wouldn't accept that it was only an oven, and she was taken to hospital. It was well-known that her husband hit her, but it wasn't talked about. She would often appear with a bruised face, and my mother said Mrs Wohl must have fallen down the stairs again. Mrs Wohl liked my mother, and she often came by. She would stand in the stairwell and shout "Erika" like a nightingale. And in the evening, she enjoyed sitting at the table reserved for male locals, and singing traditional songs from the beautiful Tyrolean mountains, with Mr Böller.

This work (see attachment) is published by the Verbrecher Publisher House/Berlin in 2005.
http://www.verbrecherverlag.de/buch/105 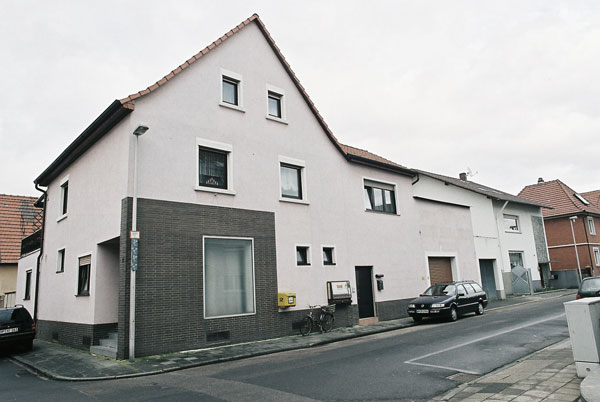 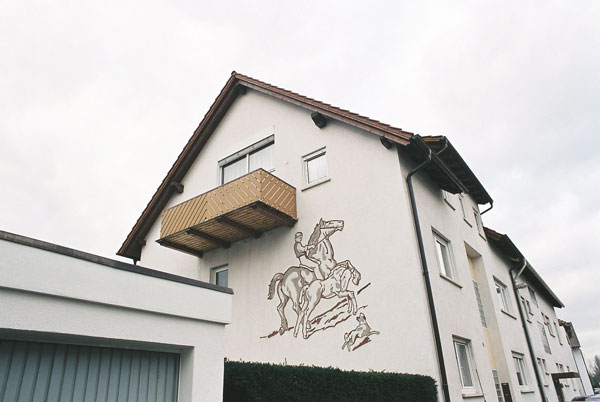 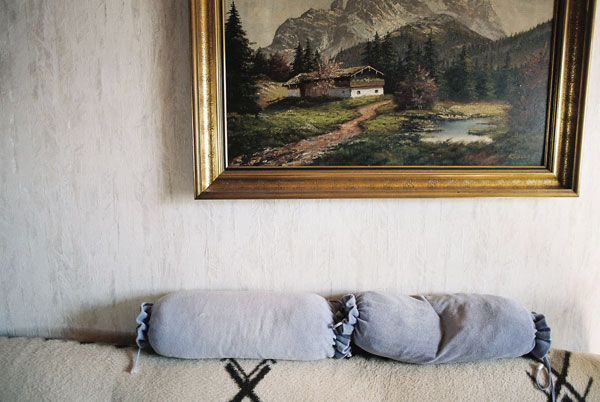 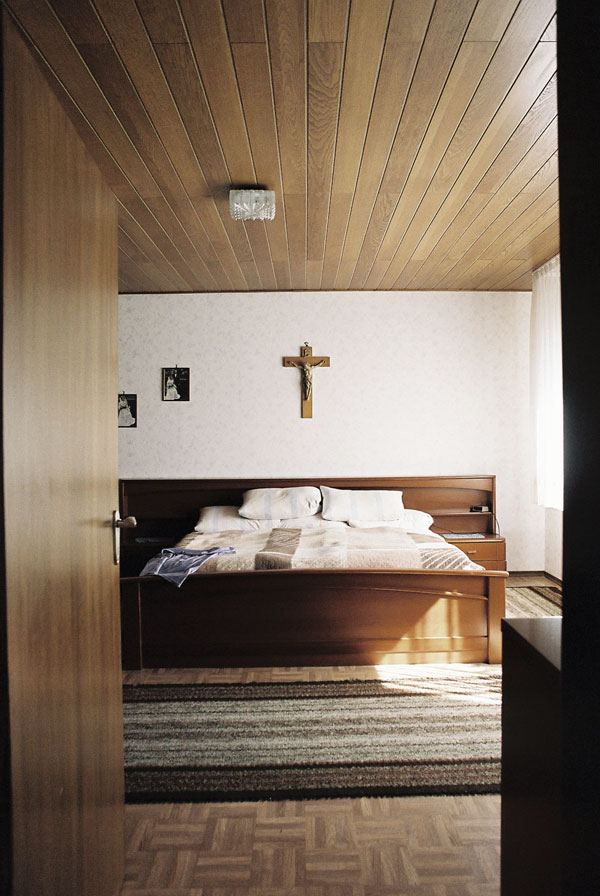 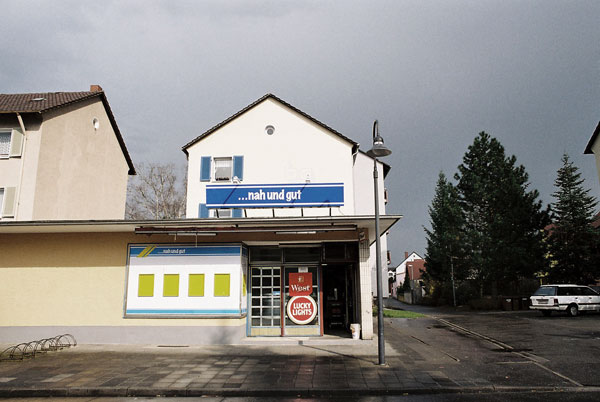 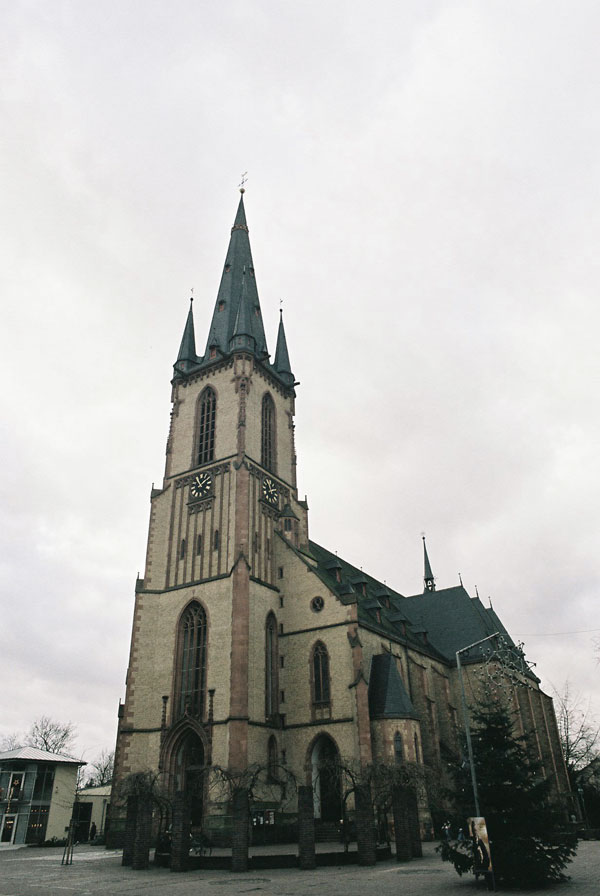 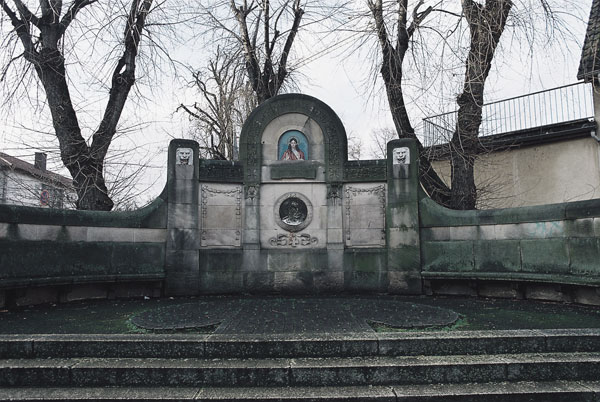 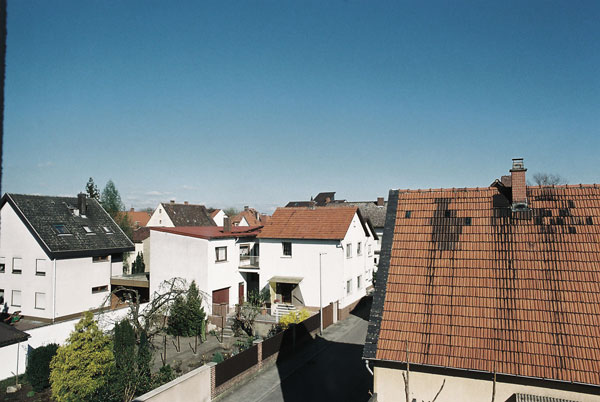 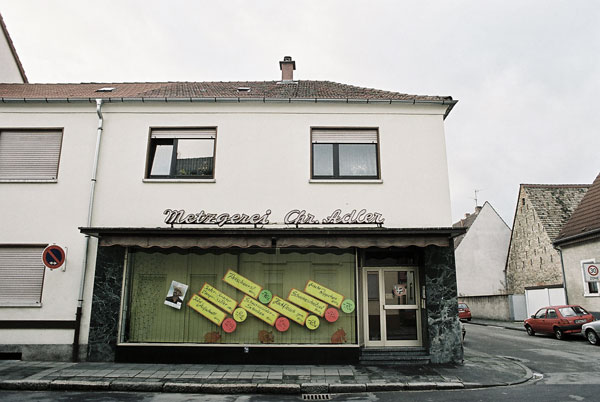 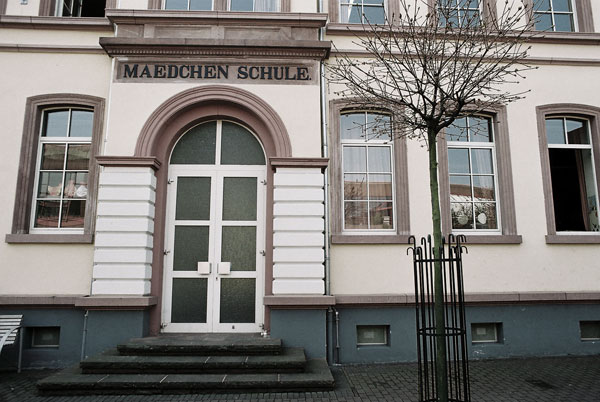 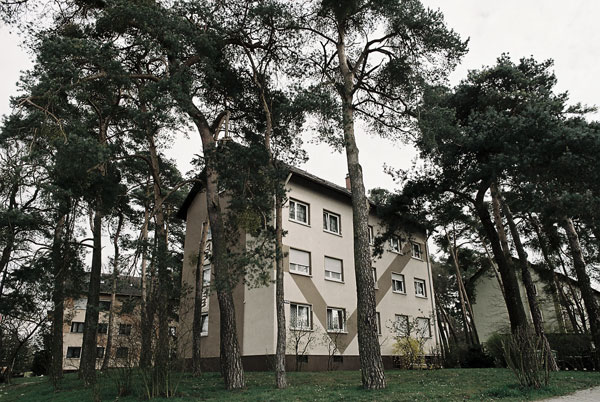